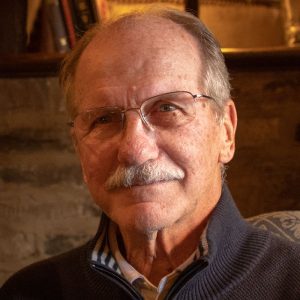 Manuel Turchan attended Michigan State University and the University of Michigan. As the Chief Executive Officer of Turchan Technologies, a company grounded in technological innovation, Mr. Turchan was awarded scores of patents including high speed dry machining, unique combination cutting tools, machine design, and methods for laser synthesis of advanced materials and novel processes. Mr. Turchan’s patents have been licensed worldwide to companies such as General Motors, Visteon, Hewlett-Packard and numerous cutting tool manufacturers.  Mr. Turchan has collaborated with MTIX’s Chief Executive Officer, Pravin Mistry, on many advanced materials and methods innovations.  We believe that Mr. Turchan’s 50+ years of experience in cutting edge industrial manufacturing innovation, design, and licensing experience and know-how give him the qualifications and skills to serve as one of our directors.

T-Tech’s production facility encompassed high-speed machining operations, as well as a state-of-the-art analytical and developmental laboratory used for advanced, laser-based coatings such as synthesized thin-film diamond. Manuel Turchan is the visionary for the Company’s technological advances, having designed and built several leading-edge-manufacturing systems since the late ’60’s. Some manufacturing systems he has designed and developed include:

The first aerospace production application of ultra-high-speed machining, which was developed for General Dynamics to machine the fuselage of the Tomahawk Cruise Missile.

The first production installation of a high-powered CO2 Laser Drilling System for Boeing, which was used to produce the 757 and 767 airliners. 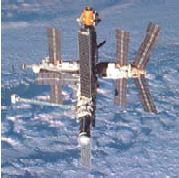 A unique, multi-axis, high-speed special purpose magnesium and titanium machining system for Martin Marietta, which was used to produce components for the International Space Station

The “Thriller Tool”, which drills, chamfers and thread-mills in one pass and was developed for GM/Saturn as part of a flexible manufacturing system for machining integral cylinder heads and blocks; this system reduced required plant floor space for those operations from 150,000 square feet to 4,000 square feet: the “Thriller Tool” has been licensed globally to several major cutting tool manufacturers.

The first production installation of a high-volume, dry-machining system (which is a system that requires no coolant) for large, cast aluminum parts; 13 of these systems were sold to GM, Ford and DCX; the systems have saved the Big Three hundreds of millions of dollars and they are the epitome of environmentally-conscious manufacturing.

The above machining systems and applications attest to the spirit of innovation at T-Tech. Such engineering sophistication was the foundation of the Company’s manufacturing operations, which were continually enhanced by ongoing developmental breakthroughs.

T-Tech holds ISO 9002 and TS-16949 quality certifications and very favorable quality ratings with all of its customers, in part because the Company has designed and implemented sophisticated quality systems governed by an experienced quality management team.

T-Tech has developed proprietary laser-based processes to synthesize super-hard materials and other coatings onto and within the surface of wear parts, tooling and other workpieces. Diamond has long been considered an ideal material for many commercial and industrial products due to its hardness, lubricity, inertness, thermal conductivity, abrasion resistance and other superlative properties.

Prior to Turchan’s developments, the cost of manufacturing products from natural and synthetic diamond limited the market for diamond-coated products. The scientific and business communities have spent many years and substantial research dollars to perfect diamondcoating technology, yet, had failed to develop an economically feasible process.

T-Tec’s proprietary technology produces a thin-film diamond coating thousands of times faster than conventional processes. The Turchan Process® uses lasers and inert reactant gases to convert the surface of a work-piece to diamond without altering the dimensions of the treated part. The discovery of this process was the result of extensive theoretical and laboratory research; that discovery has been widely chronicled in numerous technical journals, and it has been validated by academic and governmental laboratories.

Since the Turchan Process® is accomplished at the molecular level, the treatment forms a diamond layer within the substrate of the treated part, thus eliminating the problem of adhesion and stress that plagues other diamond-coating technologies. The Turchan Process® also hardens the treated substrate supporting the newly-formed diamond surface, which provides additional benefits to the treated workpiece.

The Turchan Process® can produce surfaces that are super-abrasive or exhibit highest lubricity. The Process does not require a vacuum chamber and it can be localized by using an articulated robotic arm to manipulate the target part. Although parts are treated individually in serial production, integrating automation into the Process enables production rates as high as 10,000 parts per hour. Below is a depiction of the Turchan Process®, along with electron microscopy photographs of actual treated surfaces. 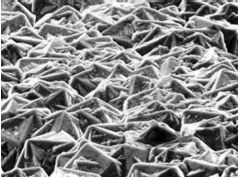 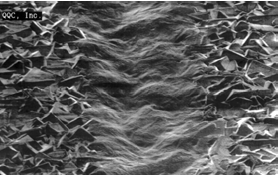 The Turchan Process® has diverse applications in many industrial and commercial markets, including cutting and metal forming tools, biomedical devices, electronics, food processing, sporting goods and other wear-parts. The Office of Naval Research (ONR) engaged T-Tech to develop an indestructible advanced material for critical nuclear submarine components. Additional applications for T-Tech’s laser-synthesis technology are being developed for and/or applied by Parker Hannifin, FCA, Delphi and Johnson & Johnson among many others.

Turchan affiliated companies hold over 100 patents worldwide with numerous licensees for proprietary processes and technology. The company’s vision is relentless development of new and exciting processes to enable new and improved products through its technological breakthroughs